Now that we've introduced you to our new Assistant Golf Pro, Jim, we wanted to give him the reins from time to time with our blog.

Here's his first Guest Blog Post, recapping this past weekend's Solheim Cup, a Europe vs. USA-style match, which parallels our upcoming Can-Am Cup!

In dramatic fashion this past weekend, Team USA defeated Team Europe by a score of 16 1/2 -11 1/2 at the Des Moines Golf and Country Club in West Des Moines, IA to retain the Solheim Cup.  This marks the 2nd consecutive victory for captain Juli Inkster who also led Team USA to victory in 2015 at the biennial matches held in Germany. 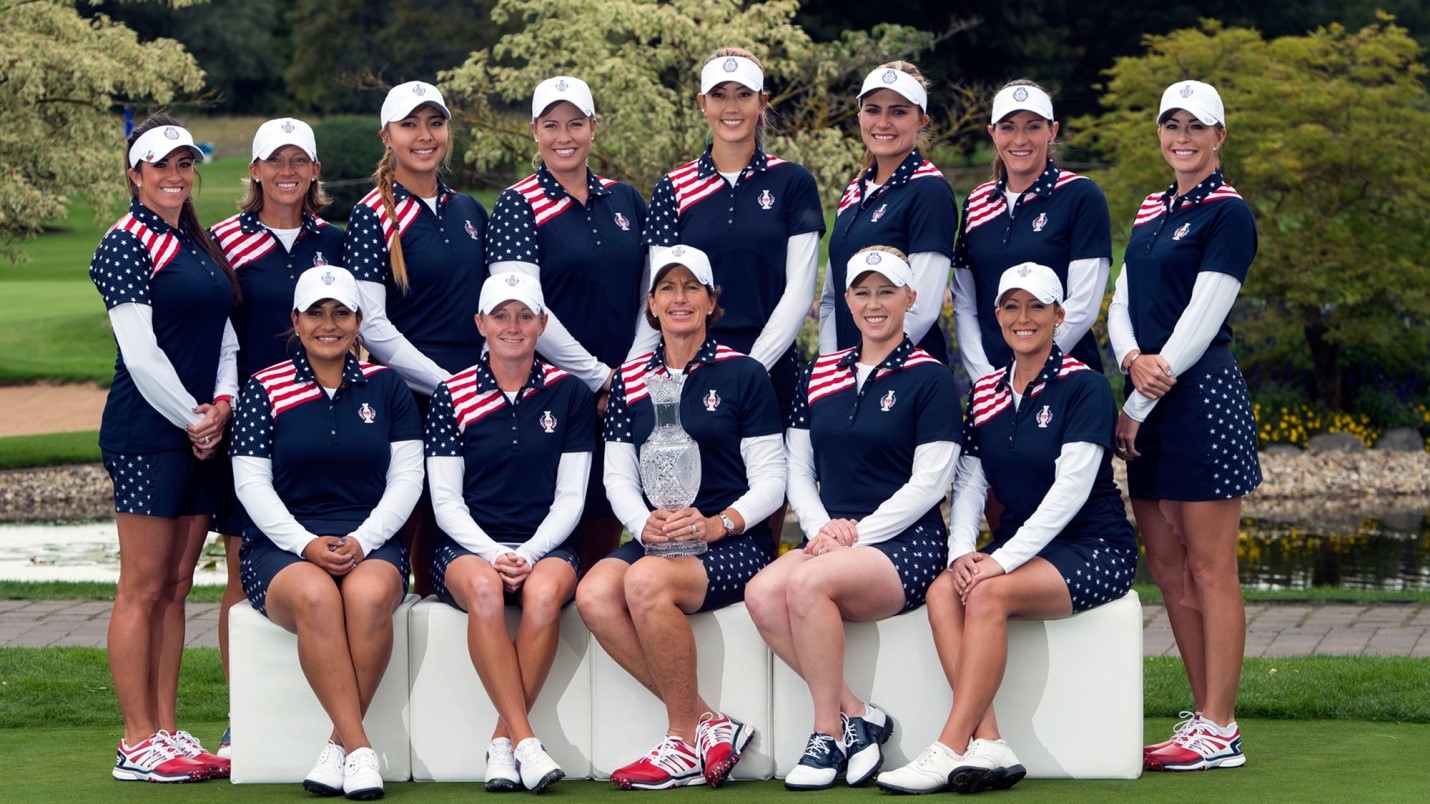 Team USA wanted to start off strong this past Friday so in the first match of morning foursomes (alternate shot) they sent out the team of Lexi Thompson and Cristie Kerr to face Team Eurpoe's Mel Reid and Charlie Hull.  Team USA could not have asked for a better start!  Lexi Thompson led off the match hitting her tee shot on the 306 yard opening hole and driving the green!  She didn't hit a driver, but instead hit a 3 wood on the opening hole and the ball stopped 9 feet short of the hole.  Cristie Kerr then made the 9 foot eagle putt to give Team USA an early 1 UP lead in this match.

I have to give credit to the team of Mel Reid and Charlie Hull.  This was Reid's 2nd appearance in a Solheim Cup and Hull's 3rd appearance.  To be matched up against the team of Lexi Thompson and Cristie Kerr in the opening match of the 2017 Solheim Cup on US soil had to be extremely intimidating.  Then to see Lexi drive the green with her 3 wood and have Cristie make the eagle putt, I can't imagine what might have been going through their minds at this point.  Team USA wanted to set the tone for these matches and let Team Europe know that they were going to come out and play aggressive golf.  They weren't going to sit back and let Team Europe hand them the Solheim Cup; Team USA was going to go out and make sure that they controlled their own destiny.  They wanted to retain the Cup and win the matches on US Soil which they went out and did.  However, after 9 holes of this first match, Team Europe battled back to hold a 1 UP lead over Team USA.  The matched ended up being halved with both teams earning 1/2 point.

Sunday's singles matches also showed us some excellent golf and taught us a valuable lesson that we can all use to help our golf games.  In the first singles match on Sunday, Team USA's Lexi Thompson was playing  Team Europe's Anna Nordqvist from Sweden.  Team Europe was down at the start of the day but a score of 10 1/2 to 5 1/2.  If Team Europe was to come out victorious in the Solheim Cup they would need to have a record setting comeback.  Anna Nordvqvist started out with 4 straight birdies on the first 4 holes and opened up a 4 UP lead after 9 holes in this first match.  However, Lexi Thompson wasn't going to be defeated so easily.  She stuck to her game plan of playing aggressive and birdied the 10th and 11th holes to win these holes and bring the match to a 2 UP lead for Team Europe.  Lexi them played the next 7 holes in 3 under par and ended up having the match with Anna Nordqvist.  This gave both Team USA and Team Europe a 1/2 point and started Team USA's victory run.

Golfers today can learn a valuable lesson from both team's from this past Solheim Cup.  On Friday, the team of Mel Reid and Charley Hull could have been emotionally down after the 1st hole with Team USA making an opening eagle in such dramatic fashion.  Lexi Thompson, one of the LPGA's stars and longest hitters drivers the opening hole with a 3 wood and then Christe Kerr, an LPGA star and veteran of the Solheim Cup, calmly walks up and knocks in the eagle putt.  The USA crowd was going absolutely crazy when this putt went into the hole!  However, Team Europe didn't seem to be bothered by this.  Then on Sunday, Anna Nordqvist starts off with 4 straight birdies in her singles match against Lexi Thompson.  Lexi was 4 down after 9 holes but then rallied to change the tune of the match and eventually halved the match with Anna.

As a golf instructor and psychology coach, I work with players of all skill levels.  One of the most important lessons is to "stay in the present."  This means to circumvent feelings of intimidation or discouragement when an opponent out plays you on a hole.  You need to focus on the mental side of the game as much as the physical playing aspect.  Both Team Europe on Friday and Lexi Thompson on Sunday could have easily felt deflated after the first hole Friday and 9 holes on Sunday respectively.  However, there was still a lot of golf to be played, they knew anything could happen and stuck to their original game strategy.  This is something that all golfers can learn from.  A great shot on one hole could easily be followed by a misstep on the next. The fundamentals for any golfer is to not over think that last bad shot. You can’t change the past and successful golfers know staying in the present and focusing on the shot going forward is how they ultimately succeed in the end.  As golfers, we need to have very short memories and put what happened in the past behind us.  We are in control of our own golf game and we should all play within ourselves.  Play to your strengths.  If you aren't the longest driver of the golf ball don't try to reach the par 5 holes in 2 shots just because your playing partners are.  Don't try to hit an iron on a long par 3 if hitting a hybrid or a fairway wood is a more comfortable shot for you.  On Friday, Charley Hull didn't try to hit a 3 wood to 9 feet on the first green just because Lexi Thompson did.  She played within herself and hit the golf shot that she knew she could hit.  Yes, she was down after the first hole but they stuck to their game plan, stayed within themselves and ended up halving the match with Team USA.