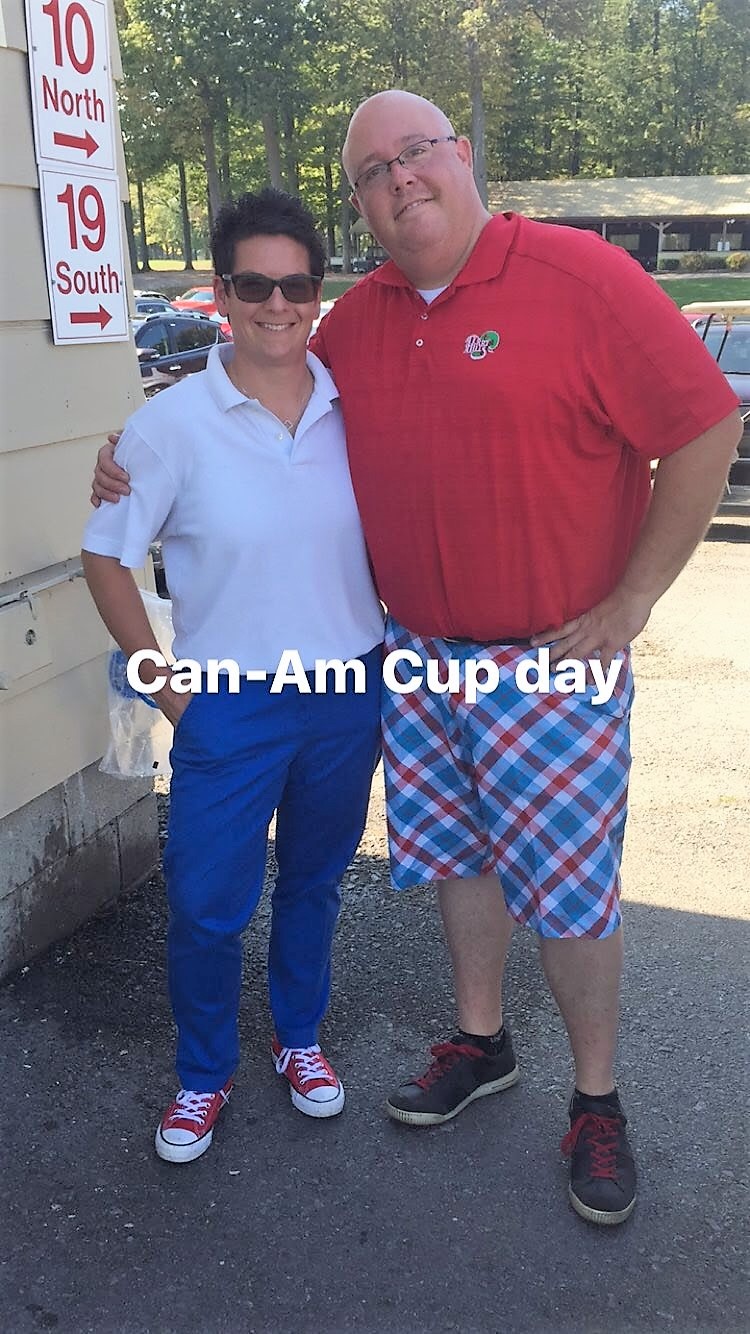 Terry Hills hosted the 11th Annual Louie and Richie Can-Am Cup on Monday, September 25th, 2017.  The match play style tournament consisted of a Canadian team and an American team with 41 players on each.  The teams were made of up ladies, men and couples at all skill levels.   The Canadian team has been the defending champions for the last 3 years. On this beautiful fall day with temperature in the mid 80’s, the American team was looking to upset their winning streak.

Myself and fellow Terry Hills employee, Eric Holliday, partnered up for the American team.    Eric was matched up with Canadian opponent Smokey and my opponent was Wayne, a member of the Canadian PGA.  We started on the 10th hole, playing the North course first.  On our first 9 holes, Eric bested Smokey to earn a point for the US side. I ultimately lost to Wayne on the 9th hole earning him a point for the Canadian team.  We set our sights on the east course for the next 9 holes.  Both matches came down to the 18th hole. Smokey was victor over Eric this time to earn a point for the Canadians and I was, once again, defeated on the 18th hole.  Although I was disheartened by not winning a point for the American team, I enjoyed the friendly nature of the competition with our neighbors to the North.

The overall final results had the US Team with 45 ½ points and the Canadian team with 39 ½ points.  After three years, the US team finally broke the streak of the Canadian team and emerged victorious!  No matter if you won or lost your match, it was a good time for all and new acquaintances and friendships were made. Many players told me that they had such an amazing time playing in this event that they are already looking forward to next year!

I would like to personally thank Bill Cooper and Ralph Biamonte from the Canadian team for all their work in recruiting Canadian players, arranging their 2 person teams, and taking care of the logistics to come to Terry Hills for this event.

In closing, this event is named in honor of Louie Fiorella and Richie Melrose. Before their passing, both men were avid golfers that played in the Can Am Cup for years. All who play continue to do so in their memory.

“As you walk down the fairway of life you must smell the roses, for you only get to play one round” ~ Ben Hogan